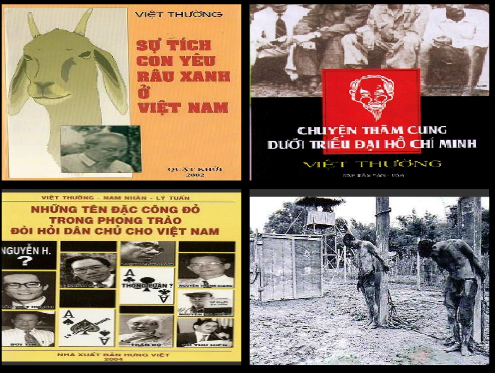 Unfortunately, many have forgotten and still countless others have never known how Ms Fonda betrayed not only the idea of our country, but specific men who served and sacrificed during Vietnam

The first part of this is from an F-4E pilot The pilot's name is Jerry Driscoll, a River Rat

In 1968, the former Commandant of the USAF Survival School was a POW in Hoa Lo Prison the ' Hanoi Hilton'

Dragged from a stinking cesspit of a cell, cleaned, fed, and dressed in clean PJ's, he was ordered to describe for a visiting American 'Peace Activist' the 'lenient and humane treatment' he'd received
He spat at Ms Fonda, was clubbed, and was dragged away During the subsequent beating, he fell forward on to the camp Commandant 's feet, which sent that officer berserk
In 1978, the Air Force Colonel still suffered from double vision (which permanently ended his flying career) from the Commandant's frenzied application of a wooden baton

From 1963-65, Col Larry Carrigan was in the 47FW/DO (F-4E's) He spent 6 years in the 'Hanoi Hilton', the first three of which his family only knew he was 'missing in action' His wife lived on faith that he was still alive His group, too, got the cleaned-up, fed and clothed routine in preparation for a 'peace delegation' visit

They, however, had time and devised a plan to get word to the world that they were alive and still survived. Each man secreted a tiny piece of paper, with his Social Security Number on it, in the palm of his hand

When paraded before Ms Fonda and a cameraman, she walked the line, shaking each man's hand and asking little encouraging snippets like: 'Aren't you sorry you bombed babies?' and 'Are you grateful for the humane treatment from your benevolent captors?' Believing this HAD to be an act, they each palmed her their sliver of paper

She took them all without missing a beat. At the end of the line and once the camera stopped rolling, to the shocked disbelief of the POWs, she turned to the officer in charge and handed him all the little pieces of paper

Three men died from the subsequent beatings Colonel Carrigan was almost number four but he survived, which is the only reason we know of her actions that day

I was a civilian economic development advisor in Vietnam, and was captured by the North Vietnamese communists in South Vietnam in 1968, and held prisoner for over 5 years

I spent 27 months in solitary confinement; one year in a cage in Cambodia ; and one year in a 'black box' in Hanoi My North Vietnamese captors deliberately poisoned and murdered a female missionary, a nurse in a leprosarium in Ban me Thuot, South Vietnam, whom I buried in the jungle near the Cambodian border At one time, I weighed only about 90 lbs (My normal weight is 170 lbs)

We were Jane Fonda's 'war criminals'

When Jane Fonda was in Hanoi, I was asked by the camp communist political officer if I would be willing to meet with her

I said yes, for I wanted to tell her about the real treatment we POWs received and how different it was from the treatment purported by the North Vietnamese, and parroted by her as 'humane and lenient'

Because of this, I spent three days on a rocky floor on my knees, with my arms outstretched with a large steel weights placed on my hands, and beaten with a bamboo cane

There are few things I have strong visceral reactions to, but Hanoi Jane's participation in blatant treason, is one of them Please take the time to forward to as many people as you possibly can It will eventually end up on her computer and she needs to know that we will never forget

This is a page I have put together to make individuals aware of what some people did during an unpopular war!

It is my opinion and that of a Vietnam Veteran that Jane Fonda should be tried for TREASON!

Ever since I heard that Jane Fonda was going over to the enemy and doing acts scandalous to our nation I have despised her.

Some have said that it is time to forgive but I cannot do that. If it were myself, or any of my friends, we would have been

shot as a traitor.

to helping our POW/MIA’s to atone for such atrocities.

during that period of time. Mind me, I don’t believe this is cause to forgive them for such acts but it may have not been all their

doing. Many college students were sheep led to demonstrate and may feel much different now? Whatever the scenario they did

the wrong thing and must NEVER FORGET WHAT THEY DID!

Some may say, “Put it to rest”, “That was the past”, “Forget the past” HOWEVER these statements are hard to swallow for those who participated in the Vietnam war and put their life on the line while doing their duty. It may even be harder for those POW’s who were there when the atrocities were committed.
I do not believe that ANY person that may be honored in a TV special called "A Celebration: 100 Years of Great Women" should have ANY connection to being a traitor!

YES, It is true, some of the eMails out there push the envelope and add some things that really didn’t happen, but then there are many more that have not been talked about either.
Those of you who want to bring some real facts into hand whether Jane Fonda's actions in North Vietnam fall into the realm of "treason". The 2002 book Aid and Comfort: Jane Fonda in North Vietnam by attorneys Henry Mark Holzer and Erika Holzer, will provide you with the information.

Jane Fonda toured North Vietnam, propagandized on behalf of the communists, and participated in an orchestrated

"press conference" with American POWs in 1972. There's no denying that she defamed POWs by whitewashing the

Viet Cong's treatment of them and later calling them liars when they spoke out.

As you can see in the below photo's.......Jane was having a lot of fun with our enemy! Hanoi Jane's Broadcast from Hanoi,
on August 22, 1972 from the Hotel Especen;
Hanoi-Vietnam

The following public domain information is a transcript from the US Congress House Committee on Internal Security, Travel to Hostile

[Radio Hanoi attributes talk on DRV visit to Jane Fonda; from Hanoi in English to American servicemen involved in the Indochina War,

1 PM GMT, 22 August 1972. Text: Here's Jane Fonda telling her impressions at the end of her visit to the Democratic Republic of Vietnam;

This is Jane Fonda. During my two-week visit in the Democratic Republic of Vietnam, I've had the opportunity to visit a great many places

and speak to a large number of people from all walks of life-workers, peasants, students, artists and dancers, historians, journalists, film actresses,

I visited the (Dam Xuac) agricultural coop, where the silk worms are also raised and thread is made. I visited a textile factory, a kindergarten in Hanoi. The beautiful Temple of Literature was where I saw traditional dances and heard songs of resistance. I also saw unforgettable ballet about the guerrillas training bees in the south to attack enemy soldiers. The bees were danced by women, and they did their job well.

In the shadow of the Temple of Literature I saw Vietnamese actors and actresses perform the second act of Arthur Miller's play All My Sons, and this was very moving to me-the fact that artists here are translating and performing American plays while US imperialists are bombing their country.

I cherish the memory of the blushing militia girls on the roof of their factory, encouraging one of their sisters as she sang a song praising the blue sky of Vietnam-these women, who are so gentle and poetic, whose voices are so beautiful, but who, when American planes are bombing their city, become such good fighters.

I cherish the way a farmer evacuated from Hanoi, without hesitation, offered me, an American, their best individual bomb shelter while US bombs fell near by. The daughter and I, in fact, shared the shelter wrapped in each others arms, cheek against cheek. It was on the road back from Nam Dinh, where I had witnessed the systematic destruction of civilian targets-schools, hospitals, pagodas, the factories, houses, and the dike system.

As I left the United States two weeks ago, Nixon was again telling the American people that he was winding down the war, but in the rubble-strewn streets of Nam Dinh, his words echoed with sinister (words indistinct) of a true killer. And like the young Vietnamese woman I held in my arms clinging to me tightly-and I pressed my cheek against hers-I thought, this is a war against Vietnam perhaps, but the tragedy is America's.

One thing that I have learned beyond a shadow of a doubt since I've been in this country is that Nixon will never be able to break the spirit of these people; he'll never be able to turn Vietnam, north and south, into a neo-colony of the United States by bombing, by invading, by attacking in any way. One has only to go into the countryside and listen to the peasants describe the lives they led before the revolution to understand why every bomb that is dropped only strengthens their determination to resist.

I've spoken to many peasants who talked about the days when their parents had to sell themselves to landlords as virtually slaves, when there were very few schools and much illiteracy, inadequate medical care, when they were not masters of their own lives.

But now, despite the bombs, despite the crimes being created-being committed against them by Richard Nixon, these people own their own land, build their own schools-the children learning, literacy- illiteracy is being wiped out, there is no more prostitution as there was during the time when this was a French colony. In other words, the people have taken power into their own hands, and they are controlling their own lives.

And after 4,000 years of struggling against nature and foreign invaders-and the last 25 years, prior to the revolution, of struggling against French colonialism-I don't think that the people of Vietnam are about to compromise in any way, shape or form about the freedom and independence of their country, and I think Richard Nixon would do well to read Vietnamese history, particularly their poetry, and particularly the poetry written by Ho Chi Minh.

In 1988, 16 years after her tour of Hanoi when she made her famous radio broadcast and had her picture taken behind the anti- aircraft guns that were shooting down US pilots, Jane Fonda appeared on 20/20 and was interviewed by Barbara Walters. The timing of the interview is interesting. Jane Fonda was making a movie in New England and the movie's production schedule was seriously interrupted by demonstrations from angry Vietnam Veterans. Jane Fonda's participation in the interview may have been an attempt to help appease the angry protestors.

Two versions of this interview exist, one an actual transcript, the other a press release.

"There are still people who . . . I guess, feel you have never apologized. Would you like to just say something to them now?"

This was released to the media:

"I would like to say something, not just to Vietnam veterans in New England, but to men who were in Vietnam, who I hurt, or whose pain I caused to deepen because of things that I said or did," Fonda said. "I was trying to help end the killing and the war, but there were times when I was thoughtless and careless about it and I'm . . . very sorry that I hurt them. And I want to apologize to them and their families."